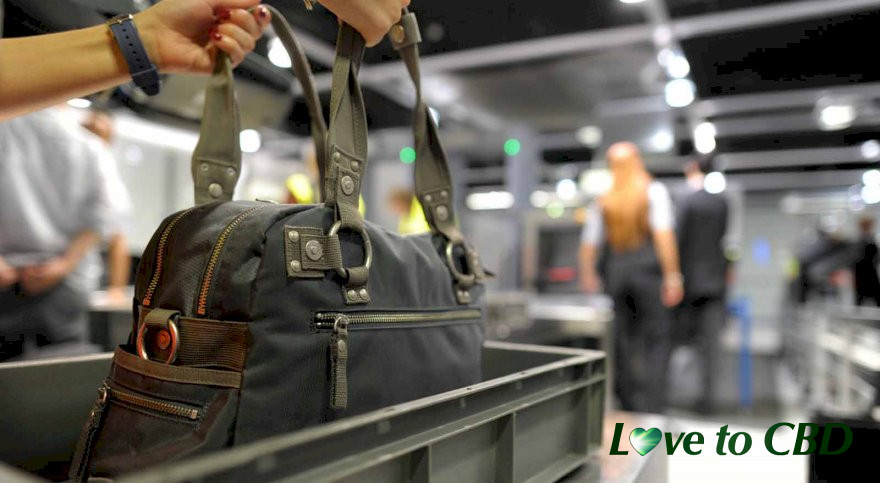 If you’re planning a holiday this summer, you might be wondering whether you’re allowed to take your CBD oil with you in your hand luggage. We’ve investigated the UK airport rules around this tricky issue.

Over the past few years, the popularity of cannabidiol (CBD) oil has gone through the roof and it doesn’t look like slowing down anytime soon. This is probably thanks to the numerous health benefits that many people claim are associated with it.

The decriminalisation of CBD oil in the UK and other countries has also encouraged more people to get on the CBD train. But despite the growing legalisation of CBD, it is still treated as a controlled substance in some places… and you definitely don’t want to get caught with an ‘illegal’ substance in the UK.

So, you’re probably wondering — can you take CBD oil on a plane in the UK? Well, generally speaking… yes. But it’s not that simple — here’s why.

The Legality of CBD in the UK

As far as the law goes, CBD is a legal substance in the UK. It was legalised in 2016, so you can’t go to jail for carrying CBD within the UK. But let’s get something clear – CBD products don’t just contain CBD, and that’s where things can get a bit complicated.

CBD is obtained from the hemp (Cannabis sativa) plant and it is non-psychoactive — which means it doesn’t get you high. But it has a sibling called Tetrahydrocannabinol (THC) — this is what gets you high and it is considered illegal.

But here’s the deal — it is near impossible to extract CBD from the hemp plant without including a little bit of THC. And the maximum amount of THC considered okay in a CBD product is 0.05 percent. Anything above this level means you’re carrying contraband and you’ll most likely get in trouble for it at the airport.