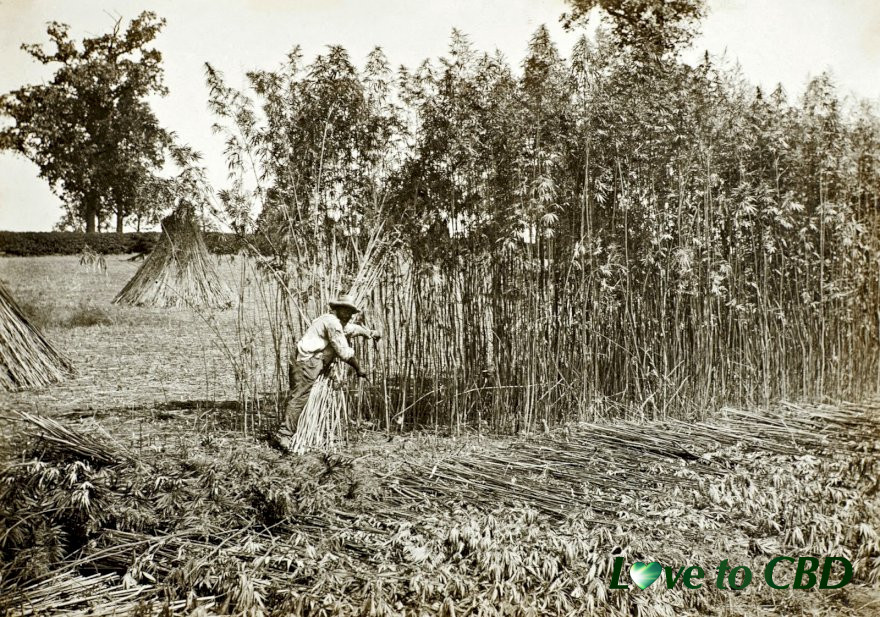 We, at Simply Hemp, are dedicated to bringing you education and information to help you understand how the hemp plant can help you achieve wellness and optimum health! This is an article from the U.S. hemp historian extraordinaire, John E. Dvorak. As members of The Hemp Industries Association, we have access to amazing information that we will share with you as our valued community members!

Hemp is among the oldest industries on the planet, going back more than 10,000 years to the beginnings of pottery. The Columbia History of the World states that the oldest relic of human industry is a bit of hemp fabric dating back to approximately 8,000 BC.

Presidents Washington and Jefferson both grew hemp. Americans were legally bound to grow hemp during the Colonial Era and Early Republic.

In 1937, Congress passed the Marihuana Tax Act which effectively began the era of hemp prohibition. The tax and licensing regulations of the act made hemp cultivation difficult for American farmers. The chief promoter of the Tax Act, Harry Anslinger, began promoting anti-marijuana legislation around the world.

Then came World War II. The Japanese attack on Pearl Harbor shut off foreign supplies of “manila hemp” fiber from the Philippines. The USDA produced a film called “Hemp For Victory” to encourage U.S. farmers to grow hemp for the war effort. The U.S. government formed the War Hemp Industries Department and subsidized hemp cultivation. During the war, U.S. farmers grew about a million acres of hemp across the Midwest as part of that program.

After the war ended, the government quietly shut down all the hemp processing plants and the industry faded away again.

During the period from 1937 to the late 60s, the U.S. government understood and acknowledged that industrial hemp and marijuana were distinct varieties of the Cannabis plant. Hemp was no longer officially recognized as distinct from marijuana after the passage of the Controlled Substances Act (CSA) of 1970. This is despite the fact that a specific exemption for hemp was included in the CSA under the definition of marijuana. The recent federal court case HIA vs DEA has re-established acknowledgement of distinct varieties of Cannabis, and supports the exemption for non-viable seed and fiber and any products made from them.

The U.S. government has published numerous reports and other documents on hemp dating back to the beginnings of our country. Below is a list of some of the documents that have been discovered:

These documents and many more are published online by U.S. hemp historian extraordinaire, John E. Dvorak. His “Digital Hemp History Library” is the most complete source for historical hemp documents and data anywhere.

You can also check out literary references to industrial hemp from Aesop’s Fables to the present by clicking here.

What is Water-Soluble CBD and How is it Made?