WHY DO PEOPLE WORRY ABOUT MIXING CBD AND ALCOHOL TOGETHER? 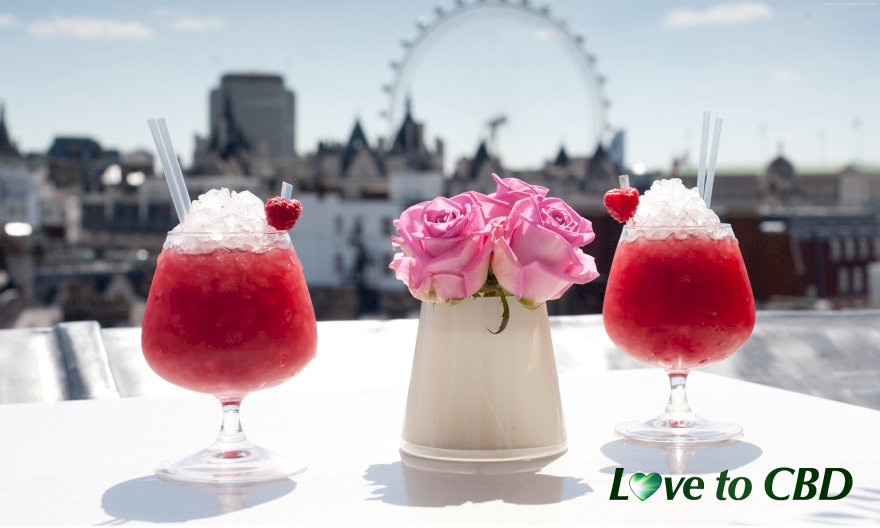 CBD has started to develop a reputation over the past decade as a potentially therapeutic compound for the human mind and body. This is why our industry has exploded in popularity. However, even though much of the recent research on CBD (which is also known by the scientific name of cannabidiol) has shown it to be quite beneficial, it should be noted that there are still times and conditions where this potentially therapeutic compound may not be safe to ingest.

Many medicines and chemicals cause an altered (and sometimes negative) response if they are ingested when you are under the influence of alcohol. Is cannabidiol one of these compounds? What are the exact effects of CBD and alcohol use together? Let’s take a closer look at the physiological interaction between these two commonly-found substances below:

WHY DO PEOPLE WORRY ABOUT MIXING CBD AND ALCOHOL TOGETHER?

As we noted above, certain substances can cause a different physical or mental response than normal when they are used in conjunction with alcohol. This is especially true with the cannabis plant. People who have some experience in mixing marijuana and alcohol colloquially call this process “cross-fading”. The reason that they call it “cross-fading” is because using both of these products at the same time usually causes a much stronger and long-lasting psychoactive effect than they would if used separately.

As a result of this subsequent intense inebriation, most people avoid using alcoholic beverages and cannabis products together. This relationship is also why so many people are worried about using CBD (a natural compound that is found in copious amounts within marijuana plants) and alcohol together. However, CBD is not the chemical in cannabis that causes its psychoactive effect or “high”. The notorious euphoria that marijuana is so famous for is the result of another cannabinoid known as THC. Luckily, THC, which also causes the cross-faded feeling when mixed with alcohol, is not found in hemp-derived CBD supplements.

CBD products that are made from hemp are legal in all 50 US states because they contain a minimal amount of mind-altering THC (which is short for tetrahydrocannabinol). As a matter of fact, CBD supplements that are legal nationwide contain 0.3 percent tetrahydrocannabinol at most! So not only do your customers never need to worry about getting “high” off hemp-based CBD products, but they also don’t have to be concerned about the same cross-fading issue that occurs with THC-containing marijuana. But, we should all be aware that CBD still causes some physical and mental effects. While it may not lead to the typical cross-faded results we see when mixing cannabis with alcohol, we should still be fully aware of any possibilities that could occur while using CBD and alcoholic beverages together.

CAN YOU MIX CBD AND ALCOHOL?

You certainly can! As a matter of fact, many alcoholic beverage manufacturers have already started selling CBD-infused products. But whether or not this is a good idea is another topic entirely. To be honest, it seems that the effects of mixing CBD and beer (or liquor) can vary quite a bit depending on the person. Below are a few points to keep in mind the next time you are about to use CBD oil and alcohol together:

Alcohol use can promote profound sensations of relaxation while also drastically reducing inhibitions. In turn, CBD can also cause feelings of relaxation while also decreasing anxiety and stress. Since the effects of both of these compounds are somewhat similar, they can cause an amplification of each other’s effects if used together. While this reaction is somewhat similar to the “cross-fading” phenomenon we mentioned earlier, it is usually far less pronounced and occurs much less frequently.

Those that have used both at the same time only occasionally report enhanced sensations of sedation and relaxation. Certain scientific studies have also indicated that temporary mood and behavior changes are also possible when using CBD and alcohol together. However, these findings have yet to be confirmed since these studies monitored people who were required to ingest far larger amounts of cannabidiol than would be typically consumed.

Believe it or not, there is some research that indicates that CBD use may result in some protective benefits against some of alcohol’s side effects. Here are a few of the ways that cannabidiol may do that:

There have been a few studies that have indicated that using cannabidiol might result in a reduced amount of alcohol found in the blood. A person’s alcohol levels are determined by measuring their blood alcohol concentration (otherwise known as their BAC). As you can imagine, a higher BAC is usually directly correlated with a higher level of impairment and inebriation.

One of the few research studies on the relationship between CBD and BAC had a group of participants ingest 200 milligrams of cannabidiol with a set level of alcoholic beverages. When the scientists compared their blood alcohol levels against the control group that was given a placebo, they noticed that the CBD-using participants had significantly lowered BAC results. However, it should be noted that this study was conducted over 35 years ago and also used a very large dose of cannabidiol; the 200 mg dose of CBD per person that was used is roughly five to ten times larger than the dosage that is usually recommended. On top of this, several other CBD studies that have been conducted on animals have indicated that cannabidiol had no effect on alcohol levels when both substances were used together.

Regular alcohol use can cause extensive damage to the cells within the body especially in the pancreas, liver, kidneys, and brain. However, there have been a few studies that have shown that CBD use can help reduce much of this alcohol-related damage. For example, CBD and alcohol studies on rats have shown that cannabidiol can reduce cellular brain damage by up to 49 percent while protecting against alcohol-caused fatty liver disease.

IS THERE SUCH A THING AS CBD AND ALCOHOL WITHDRAWAL?

While there is such a thing as alcohol withdrawal, CBD use (or the lack of it) has never been known to cause withdrawal effects. However, there is some indication that CBD use could help with withdrawal symptoms for alcohol and other substances. Several animal-based alcohol and cannabidiol studies have indicated this. A few other studies have even shown that CBD has some efficacy in helping people quit smoking tobacco! However, more high-quality research trials still need to be conducted to fully confirm these results.

Now that you more fully comprehend what the typical CBD and alcohol interaction looks like, perhaps you are feeling a growing inclination to make some purchases of bulk cannabidiol products for your company and customers. If that is the case, you will not find a better wholesale CBD supplement supplier than LoveToCBD.com. Our company’s main goal is to provide the industry with the highest quality and most consistent CBD products around. Looking to get the best possible cannabidiol merchandise for your clients? Then look no further than us!

Hemp To Replace Cotton – Is It A Good Idea?

CBD Distillate: Everything You Need to Know