Would you buy CBD from a robot?

CBD News and Events 1 year ago 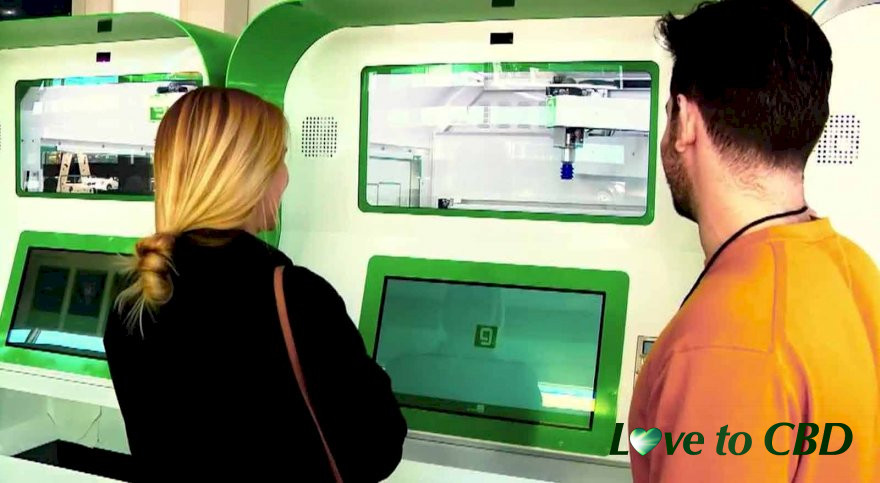 It sounds like something from a sci-fi film, but robot CBD dispensing machines now exist in New York City. It’s good news for anyone who hates queuing for sales clerks in shops as well as those who want to buy CBD 24-hours-a-day. The new machines, which were installed this summer, use artificial intelligence and were made by Greenbox Robotics for a CBD and wellness shop.

The founder of Greenbox, Zack Johnson, hopes his creations will make CBD sales quicker as well as driving interest in the business. He also wants the machines to help educate shoppers about CBD use, as well as – of course – collecting valuable insight for retailers.

But how does it actually work? “The customers will walk up to our fully integrated touch screen,” says Johnson. “When they click on the actual product, they’ll get as much information as the manufacturer of that product provides, so they can make an educated decision as to which product makes the most sense for their needs, as well as learn what is CBD and how it can help their everyday lives.”

The robots weren’t originally designed for CBD use, but seeing the rapid expansion of the industry, Greenbox made the switch.

“We originally set out to create a fully automated point of sale within dispensary walls,” says Johnson. “Because of the rise of CBD … our demand completely shifted toward CBD robots. Now everybody wants ー instead of inside of their dispensary – their branded CBD robot in a shopping mall, in an airport terminal, in a grocery store.”

We’ll be looking out for these dispensers on Instagram, where they’re sure to be a big hit.

How an Illegal Cannabis Pizza Chain Is Thriving in New York

JustCBD Responds to COVID19 by Donating Face Masks to Homeless...

24 days ago Health and Lifestyle