CBD News and Events 12 months ago 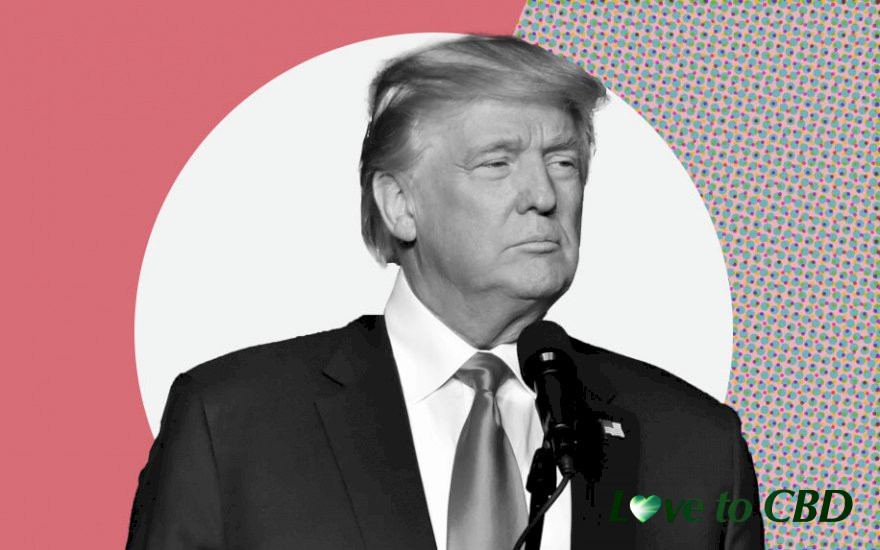 Rarely is there greater unpredictability around the policy of a sitting president than that of his challengers, but such is the case with Donald Trump —particularly in regards to his stance on cannabis. Two-and-a-half years into its mandate, the Trump administration still hasn’t moved definitively on the cannabis issue, though signs have occasionally emerged from those close to the president.

In the first month of Trump’s accession to office, former White House Press Secretary Sean Spicer said in a briefing that he expected states with legal cannabis regimes to be subject to “greater enforcement” at the hands of the Department of Justice.

This went against Trump’s pre-election stance, which fell in line with the rest of the Republican field in pledging to respect state’s rights with respect to cannabis law. Spicer went on to say that the president saw a “big difference” between the medical and recreational use of cannabis, as reported by the Washington Post.

“The president understands the pain and suffering that many people go through who are facing, especially terminal diseases, and the comfort that some of these drugs, including medical marijuana, can bring to them,” Spicer told reporters.

But Spicer also hinted at the future of the Trump administration’s cannabis approach in saying that state-legal recreational cannabis “is something the Department of Justice, I think, will be further looking into.”

In May of 2017, former Attorney General Jeff Sessions wrote a letter to Congress, asking its members to repeal the Rohrabacher-Farr Amendment. The 2014 amendment bars the Justice Department from using federal funds to prevent states “from implementing their own state laws that authorize the use, distribution, possession, or cultivation of medical marijuana.”

Trump renewed that amendment in the 2017 federal budget, but added a signing statement that questioned the power of the amendment to bind against legal action.

In January of 2018, Sessions rescinded the Cole Memo, the Obama-era memorandum that set a precedent of federal noninterference with legal cannabis states. When Sessions was replaced that same month with current Attorney General William Barr, it seemed to signal a change in direction on cannabis. Barr said at the time, “I’m not going to go after companies that rely on the Cole Memorandum.”

When asked about the STATES Act at the G-7 Summit in June 2018, which would codify states’ rights to self-determination on the cannabis question, Trump made his strongest statement on legal cannabis since being elected.

“I support Sen. [Cory] Gardner,” Trump said, referencing the lead Republican sponsor of the bipartisan bill. “I know exactly what he’s doing. We’re looking at it. But I probably will end up supporting that, yes.”

According to the Los Angeles Times, some feel that Trump’s support on the bill could take the issue of legalization away from his 2020 opposition, delivering a landmark administrative achievement at the same time.

Trump’s Past Views on Cannabis: A Mixed Bag

Long before Trump held any office, he addressed a 1990 luncheon held by the Miami Herald on the topic of drug prohibition. “We’re losing badly the war on drugs,” he said. “You have to legalize drugs to win that war. You have to take the profit away from these drug czars.”

More than a decade and a half later, he was still singing a similar tune. In the run-up to the 2016 election, Trump told the Washington Post, “In terms of marijuana and legalization, I think that should be a state issue, state-by-state. Marijuana is such a big thing. I think medical should happen — right? Don’t we agree? I think so. And then I really believe we should leave it up to the states.”

But shortly thereafter, during an interview with Bill O’Reilly on Fox News, Trump appeared less certain on the question of recreational cannabis legalization, responding to O’Reilly’s anti-cannabis prods by agreeing, “It’s a real problem.”

Trump also hinted at the prohibitionist talking point of cannabis’s potential to induce psychosis and other mental disorders. “There’s another problem [with cannabis],” he said. “There’s a lot of difficulty in terms of illness and what’s going on with the brain and the mind, and what it’s doing.”

When asked directly about his views on cannabis legalization, Trump gave his most robust statement of the interview: “In some ways, I think it’s good, and in other ways, it’s bad.”

For now, that might be all the clarity we can expect from the commander-in-chief of America’s cannabis future.

Here’s Why Mattress Company Casper Is Getting Into CBD

12 months ago CBD News and Events

12 months ago CBD News and Events

13 days ago Health and Lifestyle

13 days ago CBD News and Events