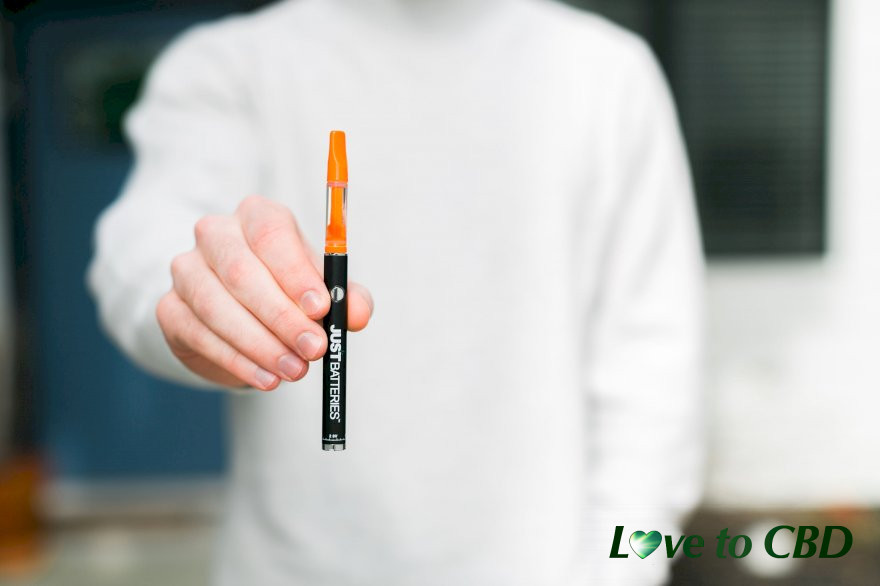 CBD, which is also known by its scientific name – cannabidiol, has been shown to be an effective therapeutic compound for both the mind and the body. This is why so many of our customers make it a point to incorporate this beneficial cannabinoid into their daily regimen. But the CBD compound does seem to make those who are uneducated about it quite a bit nervous to have any connection with. This is primarily because almost all CBD supplements found on the market are initially extracted mostly from hemp, and some from marijuana plants. Unfortunately, these plants have a notorious, negative, but unfair history due to unfounded propaganda and persecution by the United States government and pharma industries.

The use of compounds found marijuana is still illegal in areas of the country that have not yet passed laws that allow for the use of medical or recreational cannabis. But CBD is a compound that is found in abundance in cannabis plants, specifically Industrialized Hemp. How can cannabidiol be used legally? Does CBD show on drug screening results? It makes a tremendous amount of sense that our potential customers might be asking themselves these tricky questions as they decide whether or not to start using cannabidiol products. Let’s make it easy for them and look deeper into this topic below:

How can CBD be used legally?

This is a common question asked by many beginner cannabidiol users, especially in states where cannabis use of any type has not been legalized. Luckily for us, marijuana plants are not the only plants that are full of CBD; hemp plants contain large amounts of cannabidiol as well. While the federal government still deems some cannabis plants to be illegal with no medicinal value, hemp plants are now completely legal in all 50 US states. This also means that the compounds (including CBD) that are extracted from hemp are also legal throughout the US as well.

Therefore, hemp-extracted CBD products are legal to use throughout the nation. However, if you happen to live in a state that allows for either recreational or medical marijuana use, your customers can also find CBD supplements that are derived from cannabis. Just let them understand that the effects of cannabis-extracted cannabidiol products can be quite a bit different from hemp-based ones due to the difference in the ratios of the cannabinoids found in them. Also, it is important to realize that people cannot legally travel with marijuana-based products over state lines as they would with hemp-based merchandise.

Does CBD show up on drug tests?

The answer to this question is not completely straightforward for a number of different reasons. First of all, almost every drug test that is administered in the United States doesn’t actually monitor for cannabidiol levels within the blood because it is a legal, non-intoxicating compound. So, does that mean that our customers have absolutely nothing to worry about regarding drug tests when they use CBD products?

Well, not really; there are actually other compounds that are often found in CBD supplements that could potentially trigger a false-positive result.

The main compound found in cannabidiol products that could cause a failed test is THC (which is also known by its scientific name tetrahydrocannabinol). To make matters clear, THC is the primary substance responsible for the marijuana plant’s intoxicating effects. As a result, drug tests that are monitoring for cannabis use are actually testing for levels of THC within the body.

Luckily, CBD products that are made from hemp have extremely low levels of THC. As a matter of fact, legal hemp-extracted cannabidiol supplements that can be sold throughout the nation can only contain 0.03 percent of THC at most. While it is potentially possible to build up detectable levels of THC within the body and fail a drug test by constantly ingesting hemp CBD products, it is extremely hard to do in practice. Keep in mind that CBD products that are extracted from cannabis tend to have a much higher THC content than hemp-based supplements and could easily result in a failed drug test even when not overused. Also, these types of CBD merchandise are only legal to obtain and use in areas of the country that allow for recreational and/or medical marijuana use.

On top of all of these potential factors, it is actually possible to test positive for drug tests if the testing method used by the lab is not a modern, state-of-the-art test. Unfortunately, there is a number of cases around the country where people who have only used CBD products have failed drug tests that were not up-to-date. This is due to the fact that some of the older testing methods cannot tell the difference between certain types of cannabinoids and can easily mistake the presence of CBD in the body as THC instead.

The test that is most known to spit out false-positive results is called a gas-chromatography mass-spectrometry analysis. Be aware if your drug testing facility uses this type of sample examination.

If you happen to know anyone that has failed a drug test for THC and are certain that they have only used moderate amounts of hemp-based CBD extracts, let them know of this possibility. They could potentially have their testing sample retested at a more modern drug testing facility for a more accurate result and see if they can dispute their false-positive test!

What type of tests are most commonly used to detect drugs in the human body?

The most commonly used drug tests are urine, hair follicle or saliva tests. Blood tests can also be used but they are often only used in legal court matters or arrests rather than the more typical occupational drug test. Let’s take a closer look at some of the most common questions about these drug tests below:

How long is CBD detectable in urine?

The answer to this question is dependent on the user’s metabolism and how much or often they use their cannabidiol products. Obviously, if a person doesn’t use much cannabidiol in the first place, the CBD levels would be detectable for a very short amount of time (if at all). On top of this, the faster the user’s metabolism is, the quicker their body will process and get rid of this compound. But since CBD and other cannabinoids get stored in our body fat, they take some time to clear the body if used regularly.

So, how long does pure CBD oil stay in your system? For most non-chronic users of cannabidiol, a period of 3 to 15 days is probably all that is necessary to have a clean urine test. However, if you use much more CBD, it is a good rule to always give yourself at least 30 to 60 days from the last use for your body to almost guarantee a passing drug test.

Does CBD show up on a hair follicle test?

While CBD is not usually tested for, it certainly would show up in a hair follicle test. The hair follicle drug test is one of the most accurate drug tests available on the market and can show evidence of drug use many months beforehand. As a matter of fact, most cannabinoids (including CBD) can be found in hair follicles up to 90 days after the last use.

Does CBD show up on a saliva swab test?

The saliva swab test is a drug test that is starting to be used with more frequency due to its simplicity and the lack of invasiveness of the overall test; a quick swab of your inner cheek with a q-tip and you are done! The one drawback of this test is that it can only test for recent drug use. As a matter of fact, CBD and other cannabinoids are usually only detectable for 72 hours at most.

CBD Isolate: Everything You Need to Know

Keep Your Lips In Check With CBD Lip Balm